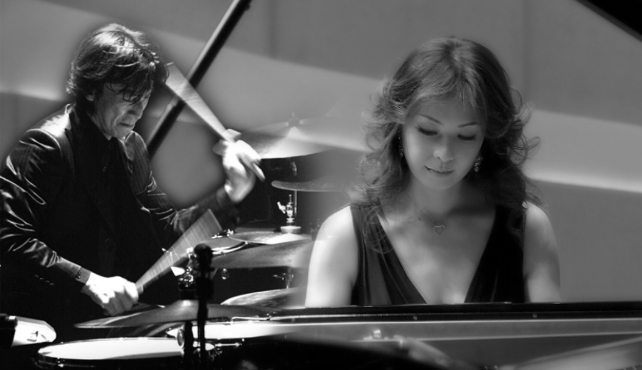 Born in Tokyo, award-winning pianist Yuko Mifune moved with her family to New York City when she was six years old. In New York, her early studies were with Mitsuko Ichimura, Jerome and Ronit Lowenthal, and at the age of twelve she returned to Japan and continued her studies with virtuoso pianists Akiko Iguchi, Yoko Okumura, and Kazuko Yasukawa. Yuko Mifune has captured several impressive awards in Japan including first prize at the prestigious Japan Music Competition. She graduated Toho Gakuen University and was awarded a 2 year scholarship from the Japanese Government to attend The Julliard School in NY where she studied under Martin Canin. She also studied chamber music with the late Samuel Sanders. In 1991, she made her brilliant US debut in Los Angeles, winning praise from the L.A.Times. As first prize winner of Frinna Awerbuch International Piano Competition and Julliard Soloist Audition, she performed at Carnegie Hall and at Lincoln Center and her performance was broadcasted throughout the nation by WQXR. Thereafter, she returned to Japan and has maintained an active concert schedule as a top soloist. She has been invited internationally and has toured with the Moscow Philharmonic Orchestra and St.Petersburg Orchestra in Moscow, followed by their Japan tour. Other cities include Seoul, New Zealand, Singapore, Turkey, and so on. Yuko Mifune has also been successful in the media - having her own radio program, and being the host of NHK program "Weekly Book Review" for 6 yrs. She currently teaches at Kyoto City University of Arts and holds master classes and children’s outreach program as well.  Her beautiful sound and dynamic virtuosity have always inspired many audiences, and has also garnered critical acclaim for her broad repertoire which spans from baroque to contemporary music.

Tokyo native, Akira Horikoshi, started taking lessons with Kazuhiro Ebisawa at the age of thirteen. He then studied with Shuichi “Ponta” Murakami, and in 1990 made his debut with internationally acclaimed Jazz pianist Yosuke Yamashita’s Trio, followed by tours throughout Japan, Europe and South America.  From 1994 to 2004 he continued his career with Yosuke Yamashita as “Duo Plus”. Then after, he has played with performing Arts Company Pappa TARAHUMARA, which is formed by African percussion players, Indian, Nepalese and Chinese classical music players. He has toured worldwide with Japanese folk music singer Takio Ito who is famous for his original Japanese music style. Aside from being a top session artist, he has lead his own bands; “Toho Ibun” with Japanese traditional instruments, “SOLO-ist” with Tsuyoshi Watanabe (vl) and Jun Fukamachi (pf) as “The WILL”. “SOLO-ist” had performed in Cuba and Macao. Since 2008, he joined Satoko Fujii (pf) and has toured in Australia, Europe and USA.  In recent years he made NY debut with “LOTUS POSITION” with Shakuhachi player Akihito Obama, and also leads “INSTINCT” with Philippe Aymard (Cirque de Soleil). He has also worked with reknown theatre director David Leveaux repeatedly. He currently teaches in two drum schools, and also at Nihon Kogakuin College in Tokyo.

In 2014, Yuko Mifune (piano) & Akira Horikoshi (drums) started a sensationally unique classic duo “OBSESSION” and is expanding more fans crossover. Their debut album “OBSESSION” has won critical acclaim and was chosen as one of best CD of the month in Record Geijyutsu (classical audio magazine) as well as Best CD Shop Award of the year.