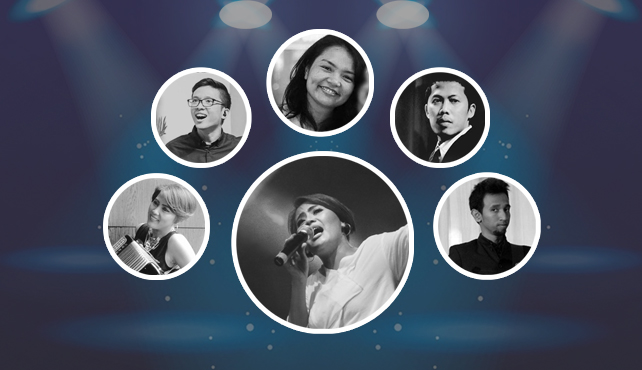 Singer-Songwriter Tiwi Shakuhachi was born in Bandung in 1978 and has been surrounded by family members who are passionate about music since childhood. Her love of music is highly influenced by her father who is an experienced bassist player, Janto Diablo. Tiwi father’s musician friends also help Tiwi develop her talent. Tiwi is skilled in playing many musical instruments with Piano and Accordion being her favorite. With her playful, sultry voice, Tiwi Shakuhachi performs her own blend of jazz infused pop that’s a treat for the ears. Tiwi has released three singles titled, Can’t Be Happier, Magic in Your Eyes, and I Should Leave You to rave reviews. Her debut album My Time will be released later this year.