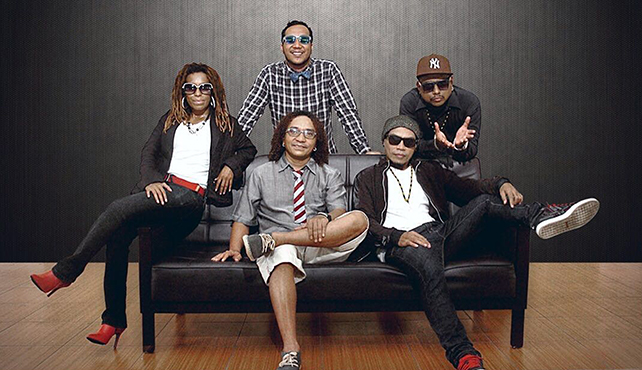 Papua Original is an eight members group founded in Jakarta in 2004 with a shared vision to elevate and increase public awareness about Papua music. All its members were born and grew up in Papua. In 2005, the group released their first World/Ethnic Music album titled “Papua Original” that consists of ten traditional Papua language songs. Not long after, the group’s members each embarked in their own solo career while still committed to spread Papua music to the masses.

In 2015, Papua Original banded together once again and came out with a second album titled "Q-torang Smua Dari Sana" that blends traditional Papua songs and rhythm with modern genre such as Funk, Jazz, Hip Hop and Reggae; Following music trends while still maintaining their own flavor of Papua ethnic groove. The group also expanded their music repertoire by performing 80s and all around songs from both local and International music charts.

In 2017, Papua Original released their third album dedicated to gospel songs. Recently, they came up with a new single titled “Bahagiamu” that was also used as an original soundtrack for the film “Boven Digoel” starring Indonesian screen legend Christine Hakim and rapper J. Flow.

Don't miss Papua Original: Sound From The East spectacular performance live in Motion Blue Jakarta on June 3rd, 2017 as they showcase Papua ethnic groove and current all-around hits. Enjoy a free glass of Wine or Beer with every ticket purchased. PURCHASE NOW at www.motionbluejakarta.com or RESERVE at reservation@motionbluejakarta.com . CALL +62-21-29039189 for more info.