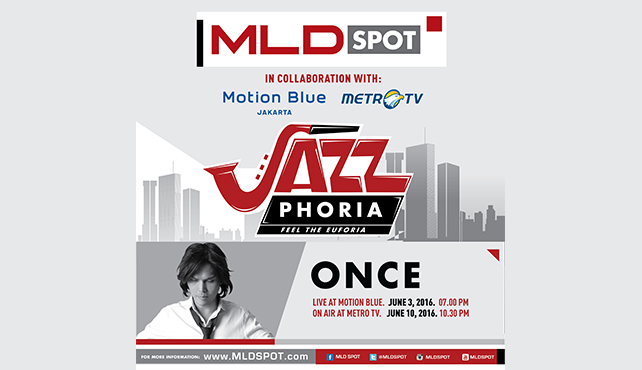 Elfonda Mekel (born 21 May 1970), better known by his stage name Once, is an Indonesian pop singer and former lead vocalist of Dewa 19. After several hit albums with Dewa 19 that includes "Bintang Lima," which sells 1,7 million copies. Once also released three solo singles, "Dealova", "Aku Mau" ("I Want") and "Symphony yang Indah" (A Beautiful Symphony"). He was voted Best Pop Soloist at the 2005 Anugerah Musik indonesia (AMI). In 2006, one of his songs was voted Best Pop Song at AMI. On 19 January 2011, Once resigned from Dewa 19 to develop his solo career. In 2012, Once released his first album titled "Once." Once is widely known as one of the best male Indonesian vocalist for the character and strength of his vocals. Rolling Stone magazine put Once on its "50 Greatest Indonesian Singers" of all time.