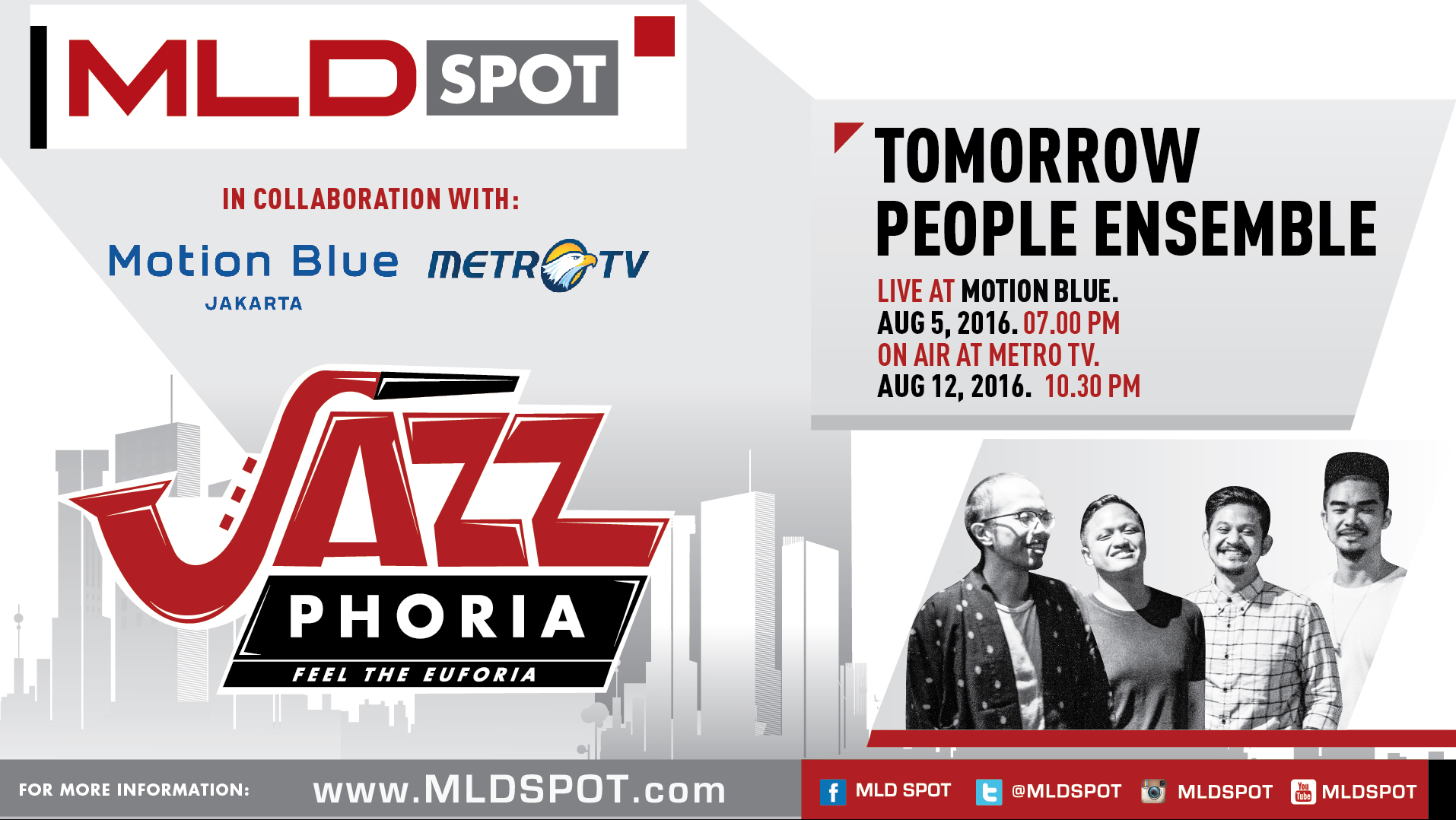 According to the band the word Tomorrow People means to always look ahead without neglecting the past, while the word Ensemble means a group of musicians playing or singing together. Tomorrow People Ensemble (TPE) was properly formed in 2004 with members: Nikita Dompas on Electric Guitar, Adra Karim on Rhodes, Piano & Hammond, Indra Perkasa on Double Bass, and Elfa Zulham on Drums. Their Genre of music is heavily influenced by jazz as well as improvisation. On October 2012, their first self-titled album was launched consisting of 9 original songs with colors of funk, rock, folk and groove in jazz composition. TPE is currently working on their second album.