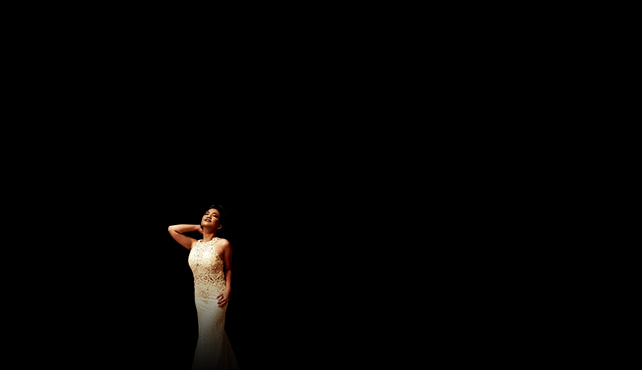 Born in Manado, Indonesia, Marcelia Lesar is an internationally known recording and performing artist with numerous recognitions through her collaboration with international artists. Introduced to Blues & Soul at the age of 9, Marcelia discovered great musical influence in legendary artists like Sarah Vaughan, Donny Hathaway and Anita Baker. "An old soul" was a signature to her voice and personality. In gospel, jazz, blues and soul she found home. With musical mentors like George Duke, Idang Rasidji and Keith Martin, she grew as an artist then, songwriter. Without losing her signature raw color, she collaborated with various artists both local and international from jazz to hip-hop to gospel to funk. Marcelia wrote and released her first single called "It Won't Undo You And I" produced by American artist and producer Keith Martin in 2011. She was featured with “Ray Harris & Fusion Project” from Scotland during Jazz Goes to Campus 2014, and elected as one of the judges for Ratu International Music Festival, Cameroon - Africa in 2015. In December 2016, Marcelia launched her first album "Soulosophy.” In 2017, Marcelia was one of the honorary guest artists to perform in Miss Intercontinental Sri Lanka.

Be mesmerized by Marcelia Lesar’s powerful performance Live at Motion Blue on Friday, July 19th, 2019. Enjoy a free Welcome Drink with every ticket purchased. PURCHASE NOW at www.motionbluejakarta.com or RESERVE at reservation@motionbluejakarta.com . CALL +62-21-29039189 or WHATSAPP +628118690690.

Price Includes:
• Entrance Fee for 1 person per show
• ONE Free glass of Welcome Drink
• Entertainment Tax & Service Fee
IMPORTANT:
• No refunds can be made if reservation canceled by the guest.
Once payment is made through the website. You can choose to
select your seat(s). For more information and seat layout details
please email reservation@motionbluejakarta.com or
WhatsApp: +628118690690
• Unpaid Reservations can only be held up to 24 hours
**10% off the ticket price and F&B using BCA Credit Card (Pay in the venue only from Monday to Saturday from 6 pm until 10 pm)