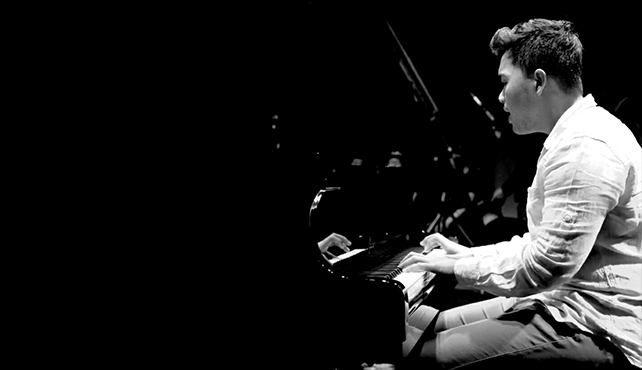 Kevin Suwandhi started learning piano in general at the age of 9. However, he specifically begins to learn jazz two years later and started to win several jazz competitions. Kevin was rewarded Best Keyboardist in several events such as Udayana Jazz Festival, Jazz Goes to Campus, etc. Kevin's wide range of taste in music drove him into many different projects from pop, R&B, jazz and latin music. He has played with various musicians since junior high school, such as Dewa Budjana, Dira Sugandi, Barry Likumahua, Maurice Brown, and many more. Kevin has recorded his own debut album at the age of 15, and went to New York after high school to study at the New School for Jazz and Contemporary music. He was fortunate enough to study with Fransesca Tanskley, Jean Michel-Pilc, Kevin Hays, Chris Crocco, Ari Hoenig, Billy Harper, and many more.