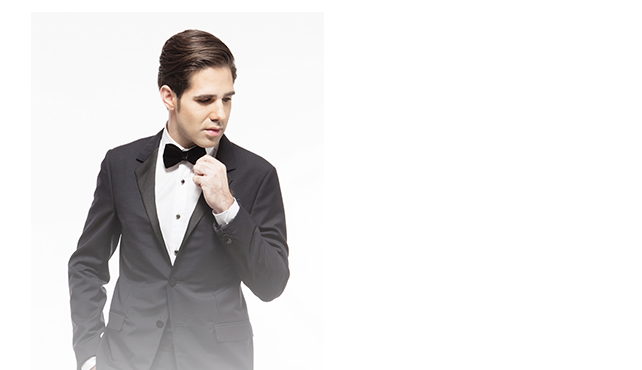 While Relentless might be his debut album, Josh Kunze is not a stranger to the Indonesian music scene. With his warm smile and unforgettable voice, he charms his way into the scene and into our hearts.

Josh Kunze was born in January of 1988 in the town of Ottersberg, Germany to hardworking and loving parents. He is the oldest of five children and balances his assertive and protective tendencies with a slight mischievous flair. Both his immediate and extended families are important to him: the inspiration to his dreams, the support system to his ventures, and the driving force behind his work ethics.

His early years in Germany introduced him to great music through folk songs and classical music and built in him a deep appreciation of music. Being aware of both his German and Indonesian heritage, Josh Kunze’s parents moved their growing family to Indonesia when he was six years old. Although he wasn’t born there, Josh Kunze has developed a deep love for Indonesia and considers this country as his home. This deep affection prompted his decision to launch his music career in Indonesia instead of Europe. Moving to Indonesia introduced him to the unique cultures, further influencing his approach to both life and music.

Josh Kunze’s initial exposure to music prompted him to further immerse himself in it. Growing up, he honed his skills by being active in church music and in his school choirs and musical productions. As he grew both his skills and network, Josh Kunze had more opportunities to go beyond his initial circle and into the Jakarta music scene. Not only did he seize opportunities, he continued to challenge himself artistically and personally. When offered to be involved in a musical tv series on a local tv network, he accepted the role and challenged himself with a different approach to music. He can also hold his own when paired with some of the top Indonesian artists, both in talent and performance, as shown by his collaboration with Raisa.

Over the years, several artists have inspired Josh Kunze’s journey to become the musician he is today. Some of these inspirations include Justin Timberlake, Craig David, Phil Collins, Celine Dion, Brian McKnight. Josh Kunze’s style reminds us of some of his inspirations, an obvious hat tip to this list of greats. Rather than settle with simply imitating, Josh Kunze has successfully taken everything he loves about them and infused his unique personality to the mix, creating an intoxicating blend of edginess, class, passion, and mischief.

For Josh Kunze, music is a way to communicate to the deepest and vulnerable parts of our existence. There are emotions, thoughts, and ideas that words cannot adequately express. Music, in its own way, takes the deepest parts of one’s soul and shares it with another. It speaks louder than anything words stringed together can accomplish. Music is paradoxical: powerful yet gentle, real yet wishful, soothing yet challenging. Music is relentless. Honored to be able to be a part of the music, Josh Kunze attempts to share this beauty with the world.

Watch Josh Kunze “The Relentless Journey” Live at Motion Blue Jakarta on May 26th, 2018. Be captivated by his smooth powerful voice as he performs songs from his debut album, Relentless, as well as popular Pop/R&B songs.  Enjoy a free Welcome Drink with every ticket purchased. PURCHASE NOW at www.motionbluejakarta.com or RESERVE at reservation@motionbluejakarta.com  CALL +62-21-29039189 for more info.

Price Includes:
•    Entrance Fee for 1 person per show
•    ONE Free glass of Welcome Drink
•    Entertainment Tax & Service Fee
IMPORTANT:
•    No refunds can be made if reservation canceled by guest.
Once payment is made through the website. You can choose to
select your seat(s). For more information and seat layout details
please email reservation@motionbluejakarta.com
•    Unpaid Reservations can only be held up to 24 hours.