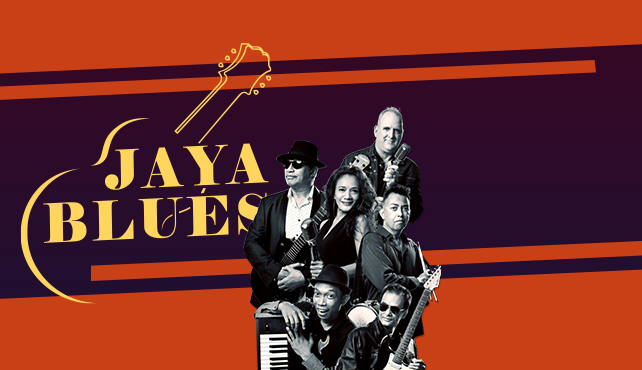 Jaya Blues Band played their first show at the iconic Jaya Pub in August 2018 and started up a weekly residency at Motion Blue in 2019, also playing on New Years Eve. The band consists of Dolf Wemay, legendary vocalist and bass player, Finggo van Leun, one of Indonesia’s guitar masters, Lea Oesman the soulful pride of Ternate, Craig Ewers an Australian who has made his home in Jakarta, Franky Tumbuan drummer and son of Frans Tumbuan, and Elie Supusepa the baby of the group on keys. The band has now played almost 200 shows and is launching their debut album, PESTA, a jukebox of original songs inspired by blues, jazz, modern country and the music of the islands.

**Jaya Blues Band will not be performing on Friday, August 5th only.

Price Includes:
•    Entrance Fee for 1 person per show
•    ONE Free glass of Welcome Drink
•    Entertainment Tax & Service Fee
IMPORTANT:
•   No refunds can be made if reservation canceled by the guest.
Once payment is made through the website. You can choose to
select your seat(s). For more information and seat layout details
please email reservation@motionbluejakarta.com or
WhatsApp: +628118690690
•   Unpaid Reservations can only be held up to 24 hours