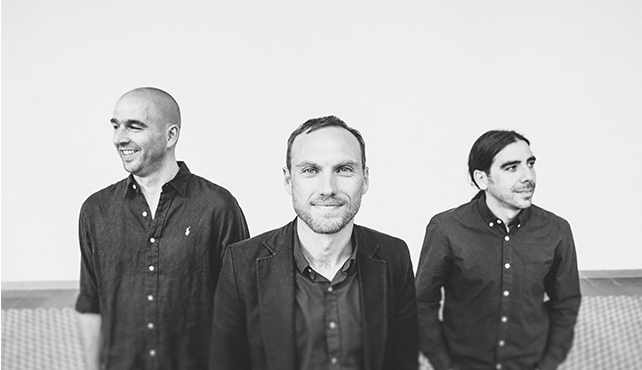 Ian Scionti, licensed in Flamenco Guitar from the Superior Conservatory of Music in Cordoba, Spain, has performed all over Europe (Spain, France, Germany, Hungary, England, etc.), the United States (San Francisco, New York, Seattle, etc.) and the Middle East (Israel) in festivals, theaters, concert halls, jazz clubs, etc., both as a soloist as well as working in larger productions alongside dancers and singers of international acclaim.

The Ian Scionti Trio establishes a natural and cohesive dialogue between two musical traditions through exploring the limitations between jazz and flamenco.  Campo Abierto (Open Field), their debut album that will be featured in the event at Motion Blue Jakarta among others, is born of a reflection about the aesthetics delimitations and conflux of these musical genres and their linguistic evolution. Thus, offering a show that crosses musical and cultural borders. Comprised of original music by Scionti, the repertoire is based on traditional flamenco styles plus co-arrangements of classic hard-bop compositions that are dissected, rearranged and then reassembled. Through this process the songs transform, opening up for improvisation much like traditional jazz and finding musical synonyms with which to build new dialogue. A modern edge stands out in Ian Scionti Trio’s music mixing elements of jazz, flamenco, and Brazilian music, distinct and different harmonies, showing his own perspective on flamenco.