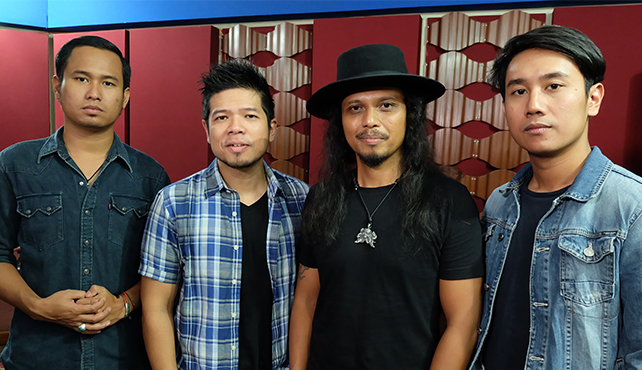 Previously called the Bluesbug, Gugun Blues Shelter is an Indonesian blues power trio that is a breath of fresh air in the seemingly dying Asian blues scene these days. Influenced by the likes of Jimi Hendrix, Stevie Ray Vaughn, Bettie Davies, and Led Zeppelin among others, the band forced many music fans to take notice of its powerful, flawless genre-crossing blend of blues that incorporate influences from rock, funk, and soul. They have launched 8 successful albums from 2004 to 2015 and won numerous awards including ‘Favourite Blues Song’ in the Indonesian Cutting Edge Music Awards 2010 (ICEMA 2010), TRAX Magazines “Best Local Album 2010” and also featured in “Rolling Stone Magazine” top 20 albums of 2010. The group also has played in numerous international festivals as well as scoring a record deal with “Grooveyard Records” based in New York, and had their first U.S. tour in 2012.

On May 27th, 2016, GBS designed a special performance for Motion Blue Jakarta with Baim playing songs from the great Jimi Hendrix and Eric Clapton. On May 28th, 2016, expect an amazing line up as GBS will play music from their own album. Don't miss Gugun Blues Shelter performing live at Motion Blue Jakarta on May 27th & 28th, 2016.