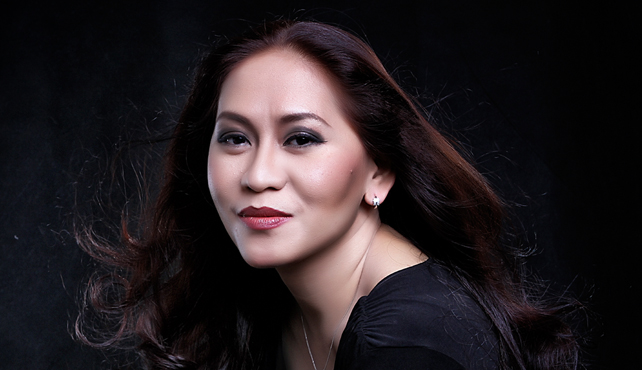 Bossa Nova singer, Mercy Dumais, is a Latin Jazz figure for Brazilian music lovers in Indonesia. Mercy is involved in many Brazilian music performances as well as performing in many musical events related to Brazilian Cultures. She sings in Portuguese fluently and makes her appearance very well received in the Brazilian embassy. Mercy has frequently performed in the Brazilian Independence day in Jakarta since 2006. She also has represented Brazil for Gala Latina Blanca 2012 in Jakarta, held by Ibero American Associattion ( IAA ). Mercy is currently making her recording album, which will release soon as possible this year.

For Motion Blue Jakarta Mercy will perform with Brazilian jazz group Zarro n d Vega and Fido Inabuy on saxophone.  Together they will play Brazilian Ryhthm from original Bossa Nova, Samba, and Musica Popular Brasileira (MPB) to modern beat with a variety of other musical style.