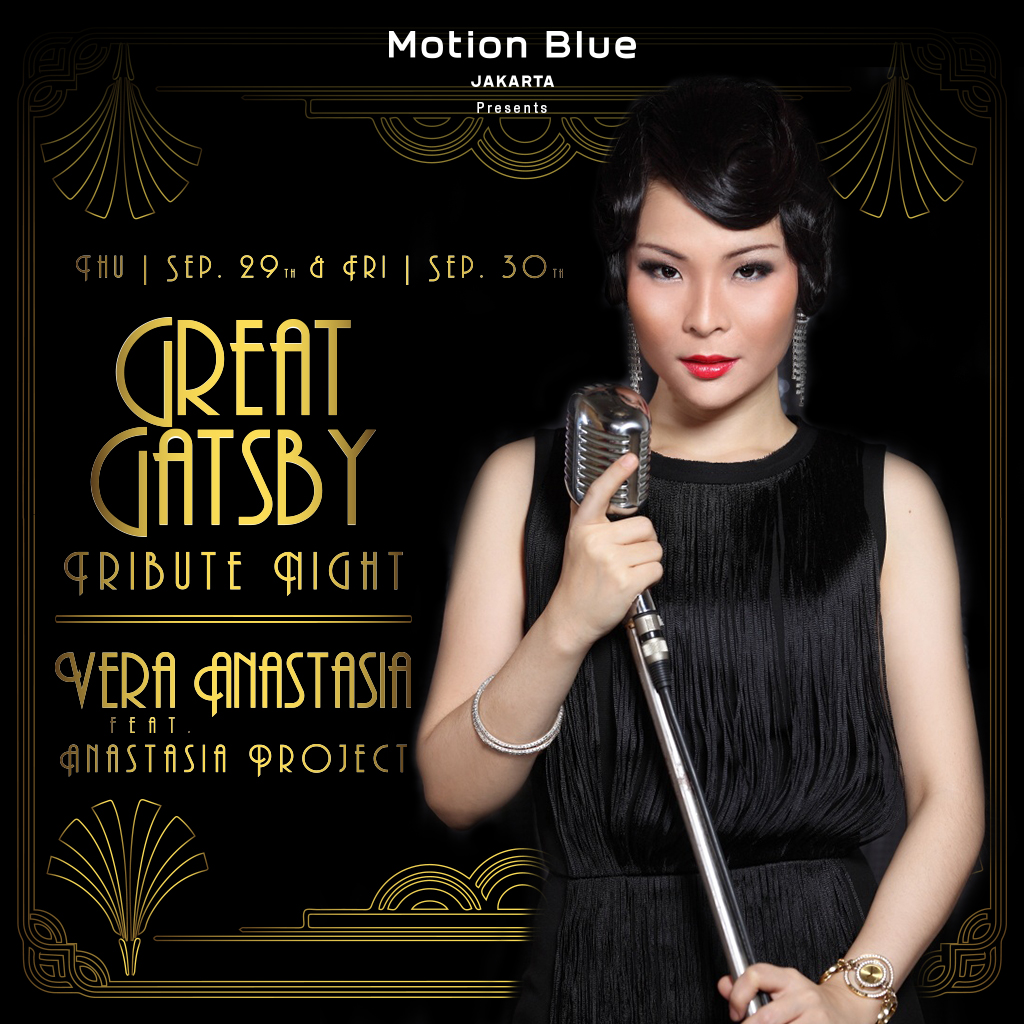 Anastasia Project was formed in 2006 and is based in Jakarta, Indonesia. The band was formerly known as Vera & Friends with a smaller music team. The name Anastasia, which means “resurrection,” was later adopted as the band expanded and become more solid. Anastasia Project was founded by duet partners: Vera Anastasia, one of the best young sopranos in Indonesia together with Ijoy Hatta, a talented vocalist with an amazing voice. Anastasia Project performs a wide variety of music style from classical, jazz, broadway, top 40, and many more with an arrangement that are unique and elegant. Experienced players such as Raymond Tambunan on piano, Anthony Sulistio on guitar, Moko Reinalsius on bass, and Ofel Obaja on drum completed this solid band.

Watch Anastasia Project performs Live at Motion Blue Jakarta as they do a special performance of Great Gatsby style Tribute on the 29th & 30th of September 2016.