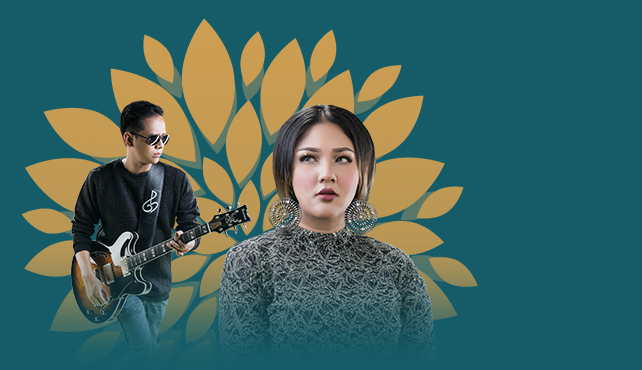 Agis Kania is a talented singer-songwriter specializing in NEO SOUL with a strong SOUL VIBE character. She was born in Sukabumi on August 7th, 1987, and grew up among her musically talented family of Sundanese, Chinese & Indian heritage. Since childhood she competed and won many singing talent competitions at district as well as national level. When she was in high school Agis released a single about her hometown that subsequently became the song icon for the town of Sukabumi. In 2005, Agis pursued her love for music by getting a formal education learning classic vocal for 4 years in Universitas Pendidikan Indonesia (UPI). At the same time, Agis countinuously honed her vocal skills outside of school by learning different genres such as Keroncong, Soul (Nina Simone, Ella Fitzgerald , Stevie Wonder, Lalah Hathaway), Blues with Blues Libre, Kang Hari Pochang, and Ginda Bestari), and Jazz at several Jazz clubs in Bandung. In 2008, she started an indie trio acoustic group called Fusiocoustic and produced 4 singles. In 2009, she was involved in a keroncong project with music students from her alma mater and she also becomes a featured vocalist in Ryan Valentinus song “Aku-Kamu.” In 2010 to 2011, Agis becomes involved in an R&B vocal group called A+ and produced 1 album. In 2013, She became a background singer to superstar Dira Sugandi. From 2013 Agis started to explore Blues as a vocalist for Blues Libre as well as several community Blues club in Bandung. Her love for Jazz was introduced by her mother who is a singer. In 2012, she formed a duo jazz group called Agisbape (vocal and guitar) and released a single as well as rerranging her own song called “You’re The One,” which became top requested and downloaded song in iTunes Indonesia. Agisbape played in numerous well known jazz venues in Indonesia and garnered many followers. In June 2017, Agis launched her solo single titled “Baby You” described as Neo Soul with a splash of EDM. Early this year (2018) Agis released her second solo single worldwide called “Erase My Number” collaborating with talented guitarist and singer, Ginda Bestari.