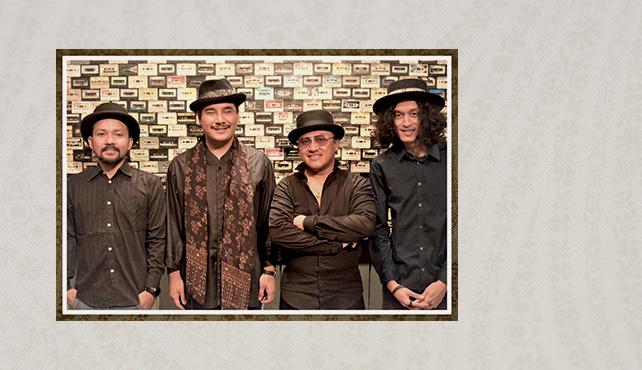 M Ade Irawan or ADE was a child prodigy who was born blind in Colchester, England, on January 15th, 1994. Starting at 2 1⁄2 years old, he taught himself to play the piano, and eventually write many compositions. Later, in the USA, he began making a name for himself in the Chicago jazz community, including performances at the Chicago Winter Jazz Festival (2006 -2007) and the Chicago Jazz Festival (2007). Robert Irving III, Ramsey Lewis, John Faddis, Dick Hyman, Coco Elysses-Hevia are some of the Chicago’s jazz cornerstones responsible for ‘informally mentoring’ this young talent.

While in Indonesia, Ade appeared numerous times as a solo pianist at recitals, and performed in many prestigious jazz festivals throughout different regions in Indonesia, including at the Jakarta International Java Jazz Festival in 2010, 2011, 2012, 2013.

Jaya Suprana, Indonesian musical legend, encouraged Ade to show his talents in solo, rather than group performances. For his talent and achievement, Ade has been honored and received “Certificate of Honour of the Youngest Blind Pianist for the Solo-Piano Recital” awarded by the “Museum Rekor Dunia – Indonesia / MURI” (Indonesian Record Museum) in July 2010, and other awards.

Ade’s unusual solo piano recital at the Sydney Opera House in Australia in 2011, received high acclaim from both jazz musicians and critics. He has been billed ‘unique’ - one of only a few disabled musicians who have done solo recitals at the Sydney Opera House. Among other live recordings, Ade was really impressed by his solo recital piano held in Jakarta, Indonesia, on 8 May 2013, lively recorded for a special album of “Indonesia Pusaka Concert”.

After moving with his family to Los Angeles in 2013, Ade has joined the Braille Institute – Los Angeles, and performed the Annual Johnny Mercer Concert held at the Institute. Therefore, the Johnny Mercer Foundation based in Los Angeles, has recognized Ade’s talent and recommended 10 (ten) of his compositions, compiled in a CD, as unique ones. Then, with the recommendation of the Foundation, those Ade’s compositions has been honored and collected at the Special Collections & Archives, Georgia State University Library, Georgia State University, United States, since June 2015.

As one of the 2014 Yamaha Young Performing Artists (YYPA) Competition Winners, he performed at the YYPA’s awards presentation and concert held on 23 June 2014 at Ball State University’s Emens Auditorium in Muncie, Indiana. Additionally to promote Indonesian jazz, Ade performed in Milan, Italy (8 - 31 October 2015) and in Manama, Bahrain (17 & 19 November 2015).

With his new group, “ICE” (Ade Irawan-pianist, Ronnie Ciago - drummer, Baba Elefante - bassist), Ade performs at several events in Los Angeles, including the one collaborating with Indonesian and US jazz musicians at the Monterey Hill Jazz Concert successfully held in Los Angeles on 23 January 2016. Since the beginning of 2016, Ade has often played together with “Steve Johnson’s Jazz Legacy” led by trombonist Steve Johnson, previously joining in the legend Ray Charles’s orchestra.

In February 2017, Ade has moved back to Jakarta and started to actively play together with Indonesian jazz musician. Some jazz programs and talk shows have participated in sharing Ade’s music. Ade has received several awards since returning to Indonesia in 2017, such as ‘Golden Personality Award’ (July 2017) and ‘Inspiring Blind Jazz Pianist Award’ (December 2017).

Jose Kiano was born in Blitar in 1982. Jose’s love for the music started from his passion on painting. At 9 years old, he was asked by an entrepreneur in his hometown to paint. Jose was given a set of musical instruments and several Elvis Presley tapes as a reward. Inspired by Elvis, he began to fall in love with music and actively sing. At the same time, he began to attend festivals, singing championships, and winning a lot of competitions. Music namely singing, playing percussion, and drum have become a part of Jose’s life and passion. Jose has played in numerous festivals locally as well as internationally. He is currently a vocalist as well for Chaplin Band since 2008.